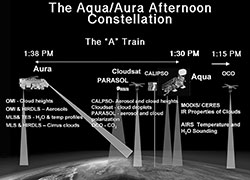 This graphic, from around January 2003, illustrates the relative satellite positions planned at that time. The Afternoon Constellation had recently adopted the name “A-Train”—in reference to Billy Strayhorn‘s jazz standard Take the A-Train—because Aqua (launched May 4, 2002) and Aura (launched July 15, 2004) were the first to join the fleet and both of their names start with the letter “A,” and also because the local time equatorial crossing is in the afternoon.

This graphic of the A-Train satellites is from around March 2003. Listed under each satellite‘s name is its equatorial crossing time (local time). Note that CALIPSO trails CloudSat by only 15 seconds to allow for synergy between Aqua, CloudSat, and CALIPSO.

These three images show how the A-Train configuration changed from 2008-2010. Between March 2008 and March 2009, Aura moved closer to the rest of the A-Train (as indicated by the seconds in between). By February 2010, PARASOL had lowered from A-Train orbit. GCOM-W1 (launched in May 2012) and OCO-2 (scheduled for launch in 2014) were also added to the graphic. 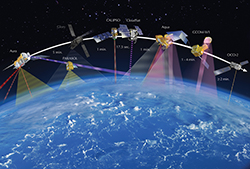 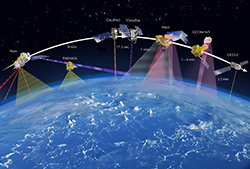 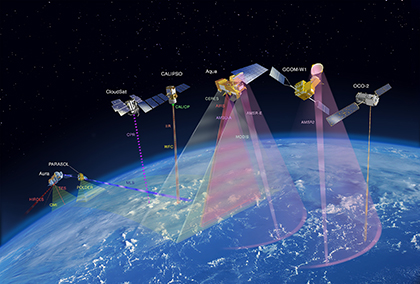 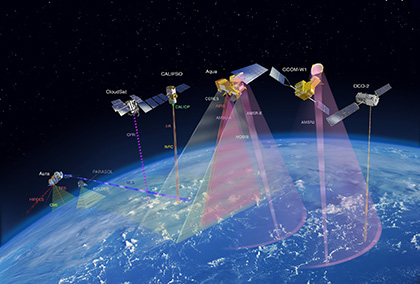 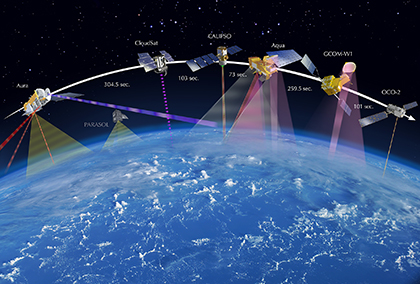 
CloudSat developed battery issues in September 2011 and temporarily left the A-Train. In mid-July 2012, CloudSat re-enters the A-Train, but is reposititioned 108 seconds behind CALIPSO.

On December 18, 2013, PARASOL ceases operation and fully exits the A-Train.

Prior to November 16, 2011, PARASOL flew 15 seconds behind CALIPSO‘s control box, as depicted in the graphic from 2010. On that date, PARASOL was lowered a second time to 9.5 km below A-Train orbit, hence PARASOL‘s placement in the graphic from 2011. OCO-2 was also added to the 2011 graphic. The first lowering of PARASOL occurred in December 2009. 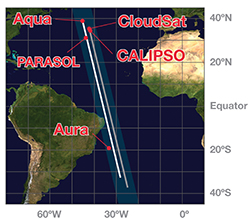 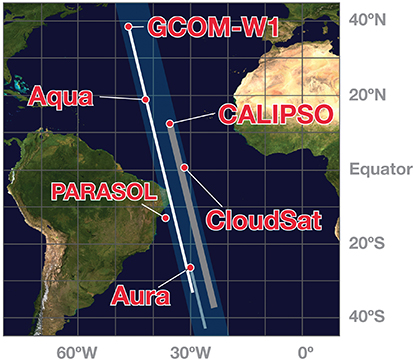 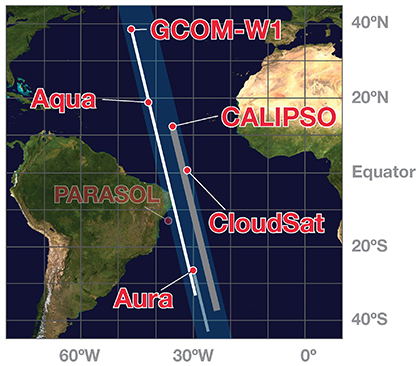 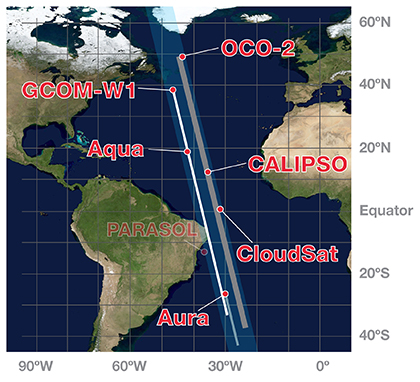 This image shows the order and relative distance between the satellites that made up the A-Train in 2010. Note that GCOM-W1 and OCO-2 are not depicted. Also note that prior to maneuvers that followed an April 2011 battery anomaly, CloudSat flew ahead of CALIPSO.


PARASOL leaves the A-Train and is decomissioned on December 18, 2013. 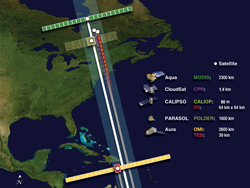 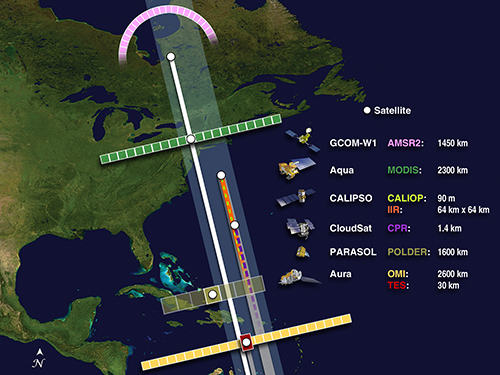 This image shows the A-Train satellites in 2010 as if looking down on the entire constellation from orbit. The satellites travel from south to north (bottom to top in this image). The colorful bars across each satellite illustrate the scanning swath of several instruments. GCOM-W1 did not launch until May 18, 2012, and therefore does not appear in this graphic. 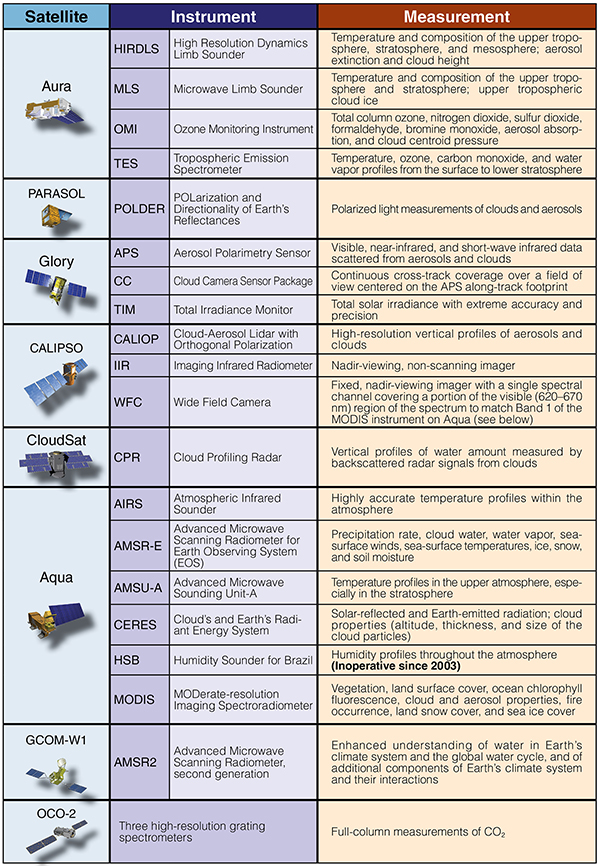 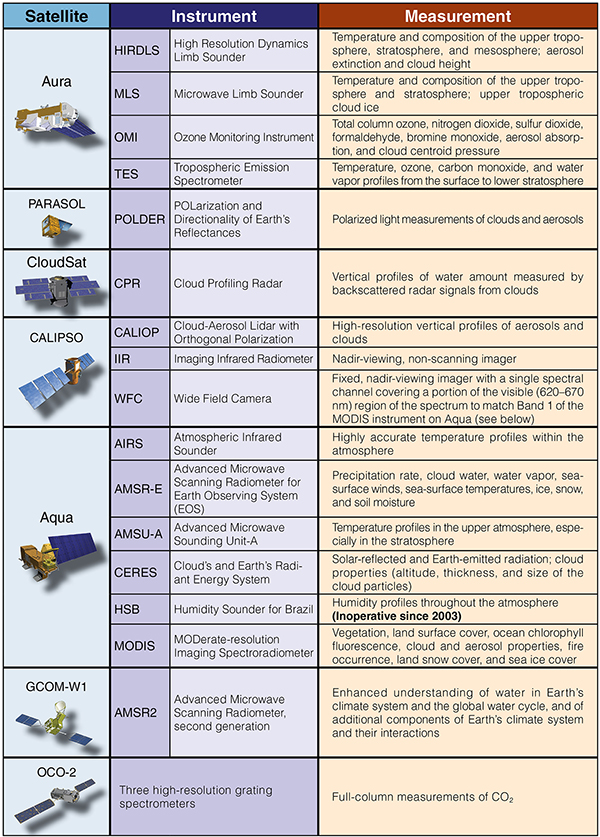 This table, from 2010, provides an overview of each satellite‘s instruments—including the instruments onboard the Glory spacecraft.